Showing posts from October, 2019
Show All

Meet the two Democrats who voted no on impeachment inquiry 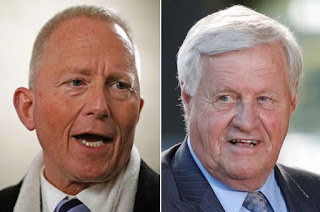 Two House Democrats who represent districts that voted for President Trump in 2016 bucked their party’s leadership Thursday and voted against formalizing the House impeachment probe .
Jeff Van Drew, 66, a freshman who represents New Jersey’s 2nd Congressional District, and Collin Peterson of Minnesota, 75, a conservative Democrat who represents Minnesota’s 7th District, were the only two lawmakers from either party to cross the aisle.
Van Drew’s district is the state’s largest and includes the southern part of the Garden State, from Salem County to the Jersey Shore and Atlantic City.
The district voted for Trump by 4.5 points over Hillary Clinton in the 2016 election, and had been represented by Republican Frank LoBiondo, who served 11 terms before announcing his retirement in November 2017.
Van Drew, had told The Post recently that he had no plans to vote for the impeachment inquiry.
“I didn’t support the idea of doing this to begin with, so I can’t support a process that just furthe…
» 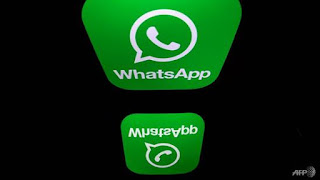 India demanded answers from WhatsApp over a snooping scandal on Thursday (Oct 31) after coming under fire from critics who accused authorities of using malware installed on the Facebook-owned messaging service to spy on citizens.
WhatsApp has filed a lawsuit in the United States against Israeli technology firm NSO Group, accusing it of using the hugely popular instant messaging platform to conduct cyber espionage on nearly 1,400 journalists, diplomats, dissidents and human right activists worldwide.
The Israeli firm has denied journalists and activists were targeted and said that it only licenses its software to governments for "fighting crime and terror".
Nearly two dozen activists, lawyers and journalists were targeted in India - WhatsApp's biggest market with some 400 million active users - according to Indian media reports.
The Indian Express reported WhatsApp confirmed a number of Indian users had been targeted by the Pegasus spyware, which installed itself on their…
» 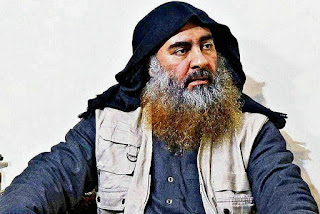 The Islamic State militant group confirmed on Thursday its leader Abu Bakr al-Baghdadi has been killed, the group’s news agency Amaq said in an audio tape following a U.S. weekend raid.
Baghdadi, an Iraqi jihadist who rose from obscurity to declare himself “caliph” of all Muslims as the leader of Islamic State, was killed by U.S. special forces in northwestern Syria, President Donald Trump said on Sunday.
The group had been silent until now. As successor it appointed someone Amaq only identified as Abu Ibrahim al-Hashemi al-Quraishi.
Aymenn al-Tamimi, a researcher at Swansea University focused on Islamic State, said the name was unknown but could be a top figure called Hajj Abdullah whom the U.S. State Department had identified as a possible successor to Baghdadi
“It could be someone we know, who perhaps has just assumed this new name,” said Tamimi.
The group, which controlled swathes of Iraq and Syria between 2014 and 2017 and carried out atrocities that horrified most Muslims, also …
» 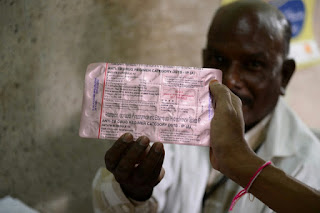 A pharmaceutical multinational on Thursday slashed the price of a key anti-tuberculosis drug boosting the battle against the world's deadliest infectious disease, as a new treatment was also set to begin extensive testing.
The initiatives came as the United Nations seeks to galvanise the campaign against TB, which killed 1.5 million people worldwide last year and saw 10 million more infected.
"This lifesaving drug has, until now, been completely unaffordable in developing countries," said Lelio Marmora, head of Unitaid, a global health initiative that helped broker the landmark deal, which will see the Sanofi company cut the price of its rifapentine drug by two thirds.
The cheaper price will apply in 100 of the world's poorest nations. South Africa, where TB is a big killer, will roll out the drug from next year, Unitaid's programme director Robert Matiru told AFP.
Other major markets that could take up the treatments include India, which has a quarter of the wor…
» 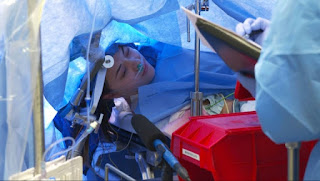 A young woman in Texas who remained awake for her brain surgery was able to speak to doctors during the procedure -- and viewers form around the world looked on, as part of the operation was livestreamed on Facebook.
By Wednesday, nearly 100,000 people had watched doctors removed a mass from Jenna Schardt's brain during a 40-minute video of the operation that was livestreamed Tuesday morning.
In the video, the 25-year-old patient can be seen speaking with physicians on one side of a blue operating curtain while doctors in surgical masks work on her brain on the other side.
Schardt had a stroke due to a mass of blood vessels in her left temporal lobe that was affecting her ability to talk, Methodist Dallas Medical Center head of neurology Nimesh Patel told AFP.
She remained awake as her skull was opened so that doctors could be sure they weren't damaging the parts of her brain that control speech as they worked -- they asked her to say words such as bird, dog or number in order…
» 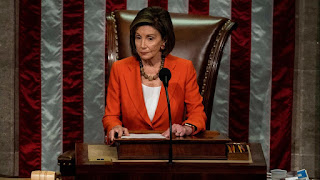 A divided House approved a resolution Thursday formally authorizing and articulating guidelines for the next phase of its impeachment inquiry, a move that signaled Democrats are on course to bring charges against President Trump later this year.
The 232-196 vote, which hewed closely to party lines, was expected to fuel the partisan fighting that has accompanied every stage of the impeachment probe and much of the Trump presidency. Nearly all Democrats backed the resolution, and House Republicans, who spent weeks clamoring for such a vote, opposed it.
At issue is whether Trump abused the power of his office to pressure a foreign leader to investigate his domestic political rivals.
In remarks before the vote, House Speaker Nancy Pelosi (D-Calif.) described the impeachment inquiry as a “solemn” and “prayerful” process — “not cause for any glee or comfort.”
At the same time, Pelosi said, “I don’t know why Republicans are afraid of the truth.”
“Every member should support the American peop…
» 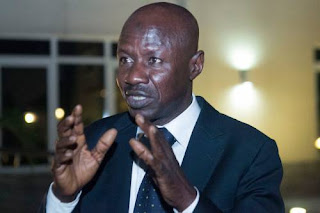 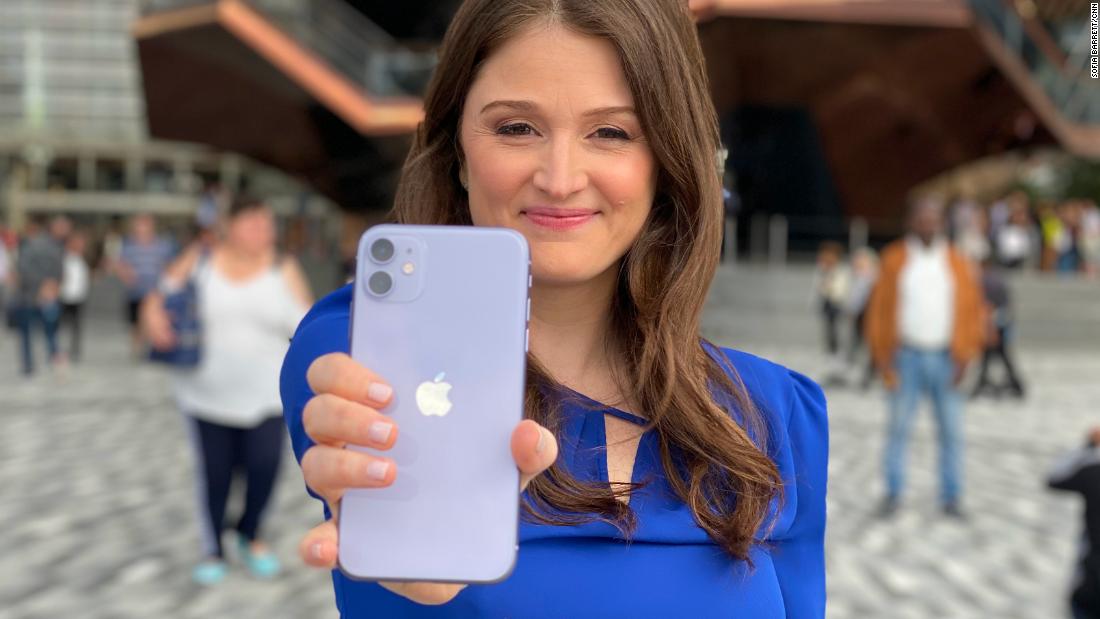 If it ain't broke, don't fix it -- right? Well, some of you Apple product users may not have a choice this weekend. Apple is warning owners of older iPhones and iPads that if they don't update their devices to the latest iOS software by Sunday, they won't be able to connect to the internet. IPhone and iPad products from 2012 and earlier will need the update before midnight UTC on November 3 in order to maintain accurate GPS location and continue using the App Store, iCloud, email and web browsing, according to Apple. This is all because of the GPS time rollover issue, according to Apple, something that happens about every 19 years when GPS devices need to reset in order to accurately measure time and dates, according to the Office of Electricity at the Department of Energy. Apple said during the last reset on April 6, GPS-enabled products from other manufacturers were affected. So if you have an iPhone 5, 4, or a cellular-enabled iPad mini, iPad 2 or a third-generatio…
»

Hong Kong prepares for Halloween protests with city in recession 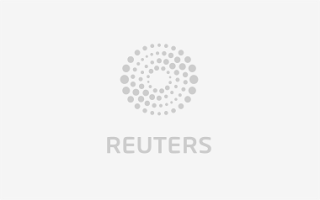 Hong Kong police tightened security ahead of possible clashes on Thursday between masked pro-democracy protesters and Halloween fancy-dress clubbers as the Chinese-ruled city confirmed it was in economic recession after months of unrest and trade tensions.
The demonstrators, many of whom still wear now-illegal face masks, are planning to march from Victoria Park in the Causeway Bay shopping district to the hilly, narrow streets of the Lan Kwai Fong bar district above Central, the scene of a deadly New Year’s stampede nearly 27 years ago.
Police have banned the march and said they would close roads, including the short Lan Kwai Fong street itself, from early afternoon until Friday morning to “facilitate the public celebrating.” It was not immediately clear how that would work.
It is the first time protesters have targeted the party district in five months of increasingly violent, anti-government unrest. Typically, weekends and celebrations like Halloween see hordes of revelers spilling…
»

Are you dissatisfied, discouraged, frustrated or feeling unfulfilled in your career and considering looking for a new job? Before you write the résumé and refresh your LinkedIn profile, you must first work on getting in the right mindset to succeed. It is easy to complain about your boss and co-workers and tell everyone around you that you are going to get out of this prison of a job. It is much harder to put the dream into action. Here are eight ways to develop the right mindset to start the interview process with confidence and enthusiasm. 1. Stop talking, complaining and take immediate action right now! We all waste so much of our precious time hoping for things to magically change and make our lives better overnight. I’m sorry to be the one to tell you, but it doesn’t work like that. In reality, rather than grumble about your current boss and job, you must initiate change and make the bold decision to pursue your dream. Push yourself to get off the couch, put down the phone, turn…
»
More posts