- December 28, 2019
The Adamawa State Police Command has confirmed the arrest of two suspects for allegedly duping a bank manager of about N70 million.
The money is in 200,000 US Dollars.
Confirming the arrest to newsmen in Yola on Saturday, the spokesman of the command, DSP Suleiman Nguroje, said the two suspects were arrested while two others were still at large.
The arrested suspects are Oluba Falaye and Abidakun Gbenga.
According to the Police Public Relations Officer, the command received report from one Olurunfemi Michael, a manager of the Yola branch of ACCESS Bank Plc, that on December 11, 2019, some men approached him and defrauded him of the $200,000
The PPRO said, “Investigation led to the arrest of Oluba Faleye and Abidakun benga, residents of Lagos and Ado-Ekiti respectively. Dailypost
“Investigation so far recovered $30,400, One Lexus and one Toyota Camry car valued at N14,000,000. We also recovered over N11 million cash.” 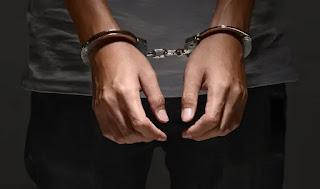