- January 23, 2020
At least 16 people had close contact with a Washington state man diagnosed as the first U.S. case of the coronavirus and are being monitored for the illness that has killed 17 people in China and sickened hundreds more, local officials said.
The patient, a 30-year-old man, is doing well and may soon be released from an Everett, Washington hospital, officials told press conferences.
None of the people who were in close contact with the patient have developed the illness, said Chris Spitters, health officer for the Snohomish Health District.
“The risk to the general public remains low,” Spitters said, adding that he would not be surprised if the number of people believed to have been in close contact with the man increased.
The man fell ill over the weekend after traveling to Wuhan, China, his hometown, in November and December and was diagnosed with coronavirus on Monday.
The virus, which causes respiratory symptoms similar to a cold or flu, has been linked to a seafood market in Wuhan, the largest city in central China with a population of about 11 million. That market has since been shut down. 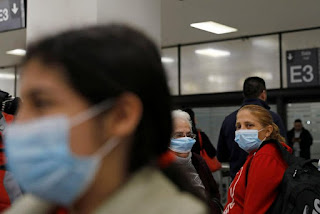