Banks to increase CBN deposit as MPC raises CRR to 27.5%

- January 24, 2020
Deposit money banks in the country would have to increase their cash reserves with the Central Bank of Nigeria as the monetary policy committee of the bank voted to raise cash reserve ratio to 27.5%.
With a vote of nine out of 11 members, the committee agreed that the monetary policy rate, which impacts interest rate, should remain at 13.5%.
Godwin Emefiele, the CBN governor, announced this on Friday after a two-day meeting of the committee. 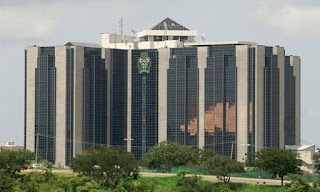 According to Emefiele, the decision of the MPC to raise the CRR is informed by recent inflationary pressure in the economy. Also, the CBN Governor stated that the decision to hold other rates was informed by the conviction of the committee members that there is a need to observe the response of the economy to several policies introduced by the Central Bank.
According to Emefiele, the Loan to Deposit ratio raised alongside OMO restriction pushed liquidity high in the economy, while border closure has also exacerbated the inflation rate, which is inimical to growth.
Highlights of the Committee’s decision
MPR was kept at 13.50%
The asymmetric corridor of +200/-500 basis points around the MPR was retained.
CRR was raised from 22.5% to 27.5%, up 500 basis points
The Liquidity Ratio was also kept at 30%