Court orders arrest of ex-Minister Etete, two others over $1.09b Malabu Oil deal 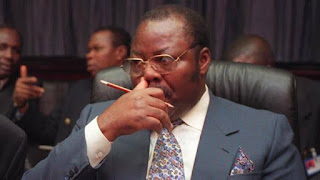