- January 23, 2020
The Federal Government has reached an agreement with South-West governors on Western Nigerian Security Outfit code-named Operation Amotekun.
Senior Special Assistant to the Vice-President, Laolu Akande, disclosed this on his Twitter handle on Thursday.
However, he did not give details of the agreement reached.
Osinbajo and the governors of the South-West states have been met at the Presidential Villa in Abuja on Thursday.
It was gathered top on the agenda was Amotekun, which the federal government has declared as illegal. 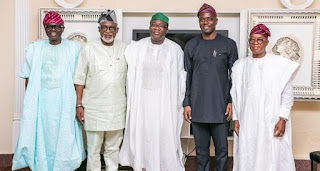