- January 22, 2020
A Florida construction worker outspokenly critical of President Donald Trump has been accused of killing his pro-Trump boss during a heated debate over politics, and using a brand-new Old Glory to cover the corpse.
Mason Trever Toney, 28, was arrested Monday on charges of murdering his boss William Knight, also 28, at a construction site in central Florida’s Orange County.
Knight was described as a “proud and outspoken American” who was open about his support of Trump, according to the arrest affidavit filed by sheriff’s deputies. Toney, on the other hand, had spoken in the past about his distaste for the Trump administration and even claimed the government was out to get him.
Despite their opposing political views, coworkers said they were friends and that Knight had even given Toney a ride earlier in the day. 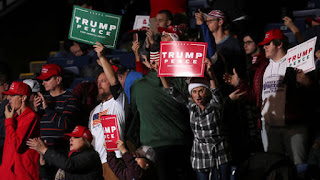 Shortly before 11 am on Monday, however, one of the construction crew called 911 to report that Toney stabbed and killed Knight, after the two got into an argument – most likely about politics. The supervisor’s body was found next to an excavator, covered by a brand-new American flag.
Deputies say Toney had stabbed Knight with a trowel, which is typically used to smooth materials like concrete. He then sped off in a truck and called the coworkers trying to stop him “terrorists.”
He was eventually caught in the neighboring Brevard county and is currently being held in jail without bail.