- January 24, 2020
Goldman Sachs CEO David Solomon told
CNBC that the investment bank wouldn’t take companies public unless the company had at least one “diverse” board member. Although he didn’t define exactly what he meant by diverse, he said the focus was on women.
“Starting on July 1 in the U.S. and Europe, we’re not going to take a company public unless there’s at least one diverse board candidate, with a focus on women,” Solomon told CNBC from the World Economic Forum. He added, “And we’re going to move towards 2021 requesting two.”
Goldman is setting an example with its own corporate board, as four out of its 11 directors are women and its lead director, Adebayo Ogunlesi, is black. The company also seeks diversity lower in the ranks and announced hiring initiatives last year that target women for half of all new analyst and entry-level associate positions. They also set goals that 11% of these hires would be black and 14% would be Latino.
It’s not clear whether Goldman will have to turn away much business due to their new policy. The CEO suggested that Goldman could tap its own network should a client be in search of a diverse board member. But Goldman is highlighting the importance of diversity and holding those companies without diverse boards accountable. That’s how change happens. 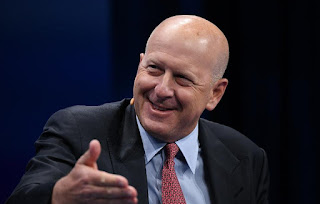