- January 22, 2020
Two medical doctors have reportedly died at the Aminu Kano Teaching Hospital (AKTH) in Kano State following a suspected cases of “Lassa Fever”.
A doctor on Housemanship in the Obstetrics and Gynaecology Department, Usman Kalthum, was reported to have died on Friday of suspected case while a Consultant Anesthetist, Habiba Musa passed on on Monday from a similar suspected complication, according to hospital sources.
An advisory statement issued by the Kano branch of the Nigeria Medical Association (NMA), specifically to its members indicated that blood samples of the two suspected cases had been taken to confirm diagnosis.
The advisory hinted that the Kano State Ministry of Health and the authorities of Aminu Kano Teaching Hospital have met and have shown commitment to addressing the challenge in the health sector of the state.
The statement accessed by Daily Sun further indicated that “the suspected cases received IV Ribawrin and were transferred to Yargaya Isolated Center”
It observed that all primary contacts are to be on quarantine, adding that contact tracing would begin from yesterday morning, even as it appealed to “all those identified to please comply for early treatment”
While appealing to doctors and health workers in the hospitals and in the state to remain calm and observe precautionary measures in their places of work, the advisory assured that ‘‘more PPEs would be mobilised for moving of any suspected case that may come up’’
In another development, a consultant urologist, from Urology Division of Surgery Department of the hospital, Dr. Abubakar Abdulkadir has died in a fatal motor accident that occurred along in Gumel, along Kano- Nguru Road.
Also dead in the same accident was a Senior Registrar with the Department of Orthopeadic, National Orthopaedic Hospital, Dala, Kano, Dr. Abdurraheem Saliu. Sun
A colleague of theirs, Dr Abdulkarim of the Department of Surgery, Federal Medical Centre, Nguru sustained injury in the accident and is receiving treatment at Aminu Kano Teaching Hospital, Kano. Meanwhile, the Kano State governor, Abudulahi Umar Ganduje has the extended the condolences of the government to the families of the deceased. 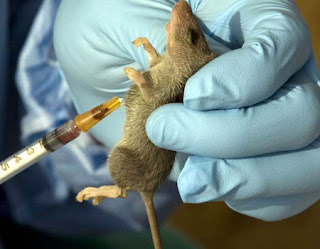