#metoo : Across Kenya, students are starting to speak out and challenge a problem they say plagues the country's campuses. 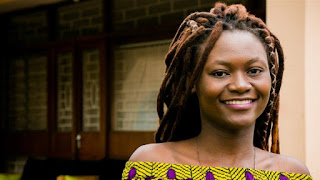