Michael Schumacher update given by neurosurgeon

- January 21, 2020
A leading neurosurgeon has claimed Michael Schumacher's condition has 'deteriorated' since his skiing accident.
The F1 legend, 51, fell and hit his head while skiing off-piste in the French Alps in December 2013.
Updates on his condition have been minimal in recent years although Schumacher is now out of a coma and is being cared for at his mansion in Lake Geneva.
Nicola Acciari has issued a stark warning on the German's condition and believes he is no longer the man who dominated F1.
"We must imagine a person very different from the one we remember on the track, with a very altered and deteriorated organic, muscular and skeletal structure," the Bologna-based neurosurgeon told Diario Uno.
"All as a result of the brain trauma he suffered." 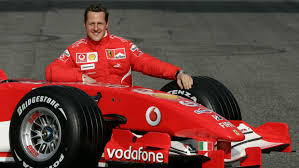