Panicking about your kids and their phones? New research says you don’t have to 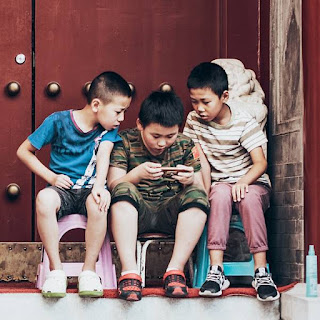