- January 23, 2020
Cristiano Ronaldo continued his scoring streak with the opener as Juventus cruised past AS Roma 3-1 in their Coppa Italia quarter-final on Wednesday, scoring all their goals in the first half.
Gonzalo Higuain set Ronaldo free down the left and the irrepressible Portuguese fired his shot into the far corner in the 26th minute to claim his 13th goal in the last 10 matches he has played in.
It was also his first-ever Coppa Italia goal, making it the 15th club competition he has scored in during his career.
Rodrigo Bentancur and Leonardo Bonucci added two more in the 10 minutes before halftime but Roma pulled one back five minutes after the break with a Cengiz Under shot which hit the bar and bounced off goalkeeper Gianluigi Buffon and into the net. Reuters
Juventus will face either AC Milan or Torino in the semi-finals. 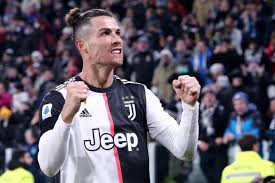