Sex is for married straight couples only, Church of England says 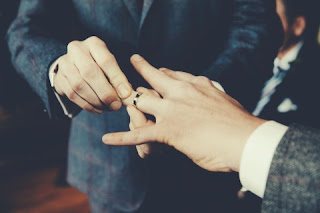 If you’re not married or you are gay and you’re having sex, we’ve got some very bad news for you.
The Church of England says you are falling short of ‘God’s purposes for human beings’.
The church has said that sex is only for heterosexual couples within the confines of marriage, adding that civil partnerships are no more than ‘sexually abstinent friendships’.
Bishops issued pastoral guidance to clergy after a recent change in UK law allowed straight couples to tie the knot in a civil ceremony instead of a traditional marriage, following a lengthy legal battle. Metro
It concludes: ‘With opposite sex civil partnerships, and with those for same sex couples, the Church’s teaching on sexual ethics remains unchanged.
‘For Christians, marriage, that is the lifelong union between a man and a woman, contracted with the making of vows, remains the proper context for sexual activity.