- January 21, 2020
California's famed Santa Anita Park faced fresh scrutiny on Monday (Jan 20) after three horses died over the weekend at the racetrack.
Santa Anita officials confirmed that a four-year-old gelding which had been training at the track on Sunday had been euthanised after suffering undisclosed injuries in an accident.
The death came after two horses died in two days of racing on Friday and Saturday, taking the toll of horses who have died at Santa Anita since December 2018 to at least 42.
The latest deaths angered animal rights activists, who once again called for state authorities to suspend horse racing until tougher safety regulations have been implemented.
"Three dead horses in three days requires immediate action," said Brooke Rossi, a spokeswoman for People for the Ethical Treatment of Animals (PETA).
"The California Horse Racing Board was recently given the authority, in legislation backed by Governor Gavin Newsom, to suspend racing, and now it must do exactly that.
"There is no sense in the board allowing racing and deaths to continue until it enacts all its own pending regulations and acts on the recommendations of the Los Angeles County District Attorney's office. If it takes the closure of a track to stop the deaths, then close the track."
Santa Anita Park, which is home to some 2,000 horses, is one of the biggest horse racing training facilities in the United States.
Horses raced or trained at Santa Anita Park more than 420,000 times over the last year with a 99.991% safety rate.
Last year, an investigation by Los Angeles prosecutors into the deaths at Santa Anita racetrack found no evidence of criminal wrongdoing or animal cruelty.
The probe by the Los Angeles County Distric Attorney's office also said there was no evidence of injured horses being knowingly raced at Santa Anita or that the park had improperly pressured trainers and jockeys to race.
The investigation recommended that state regulators increase penalties for rules violations and establish a tip line to allow people to report suspected cases of animal cruelty or rules violations. Afp
The report also called for mandated inspections of racing and training facilities as well as reviews of necropsy and veterinary records of horses that have died. 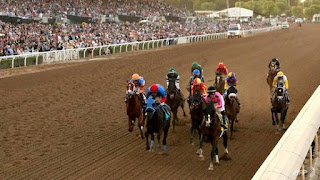