- January 23, 2020
An Afenifere leader, Professor Femi Okurounmu, has faulted the statement released today by a former Governor of Lagos State, Bola Tinubu, on the Western Nigeria Security Network, known as Operation Amotekun.
Okurounmu said it is a pity that Tinubu could not identify with the sufferings of the Yoruba; saying Tinubu’s statement is neither here nor there.
Dailypost  reported earlier that Tinubu has finally broken his silence on Operation Amotekun, with a statement he personally signed and released on Wednesday.
Speaking in an exclusive interview 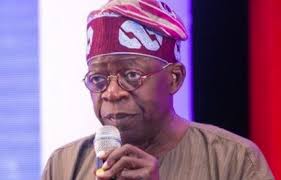 in Abeokuta, the Yoruba leader said Tinubu “is trying to please ‘them in Abuja’ and he does not want to offend the Yoruba people.”
According to him, “Tinubu wants to run with the hare and hunt with the hounds”, saying such is not possible on the issue of Amotekun.
Speaking further, Okurounmu described Tinubu’s statement as very offensive to other Yoruba stakeholders, who have been complaining about the insecurity in the South West.
“Tinubu’s statement is very offensive. To those of us who have been complaining that the Northerners, the Fulanis and the security of the Federal Government are more or less subjugating the Yorubas, Tinubu is saying that we are talking rubbish; that we are missing the point. That is offensive. It shows he cannot even identify with the sufferings of the Yoruba people,” he said.
Okurounmu posited that, “In a struggle between justice and injustice, people cannot pretend to be neutral. Anybody who pretends to be neutral is supporting injustice,” Okurounmu said.