- January 31, 2020
The Federal Government has unveiled plans to impose 125 percent and 100 percent import tariffs on used cars and Fully Built Vehicles (FBUs) respectively under a new Nigerian Automotive Industry Development Plan.
The Director of Policy and Planning at the National Automotive Design and Development Council, Engr. Farouk Umar, made this disclosure during a stakeholders’ dialogue session held on the Draft Automotive Bill in Abuja.
The initial Automotive Bill passed by the National Assembly but rejected by the President provided for a 70 percent duty on FBUs and a 35 percent duty on used vehicles.
Umar said a new draft Automotive Bill which will be re-presented to the National Assembly for consideration would raise the value of the tariffs to encourage the development of the domestic auto industry. 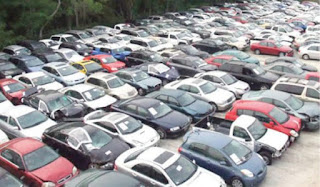 The proposed amendments to the Nigerian Automotive Industry Development Plan (NAIDP) seen by Daily Trust, mandates all licensed local assemblers to achieve a 20 per cent local content inclusion target within three years from the commencement/adoption of the reviewed plan.
Commenting on the fiscal measure, the Minister of Industry, Trade, and Investment, Otunba Niyi Adebayo, told the stakeholders that in 2016, automobiles and automotive components importation gulped about US $8 billion.
Adebayo clarified further that in the same year, vehicle imports stood at 400,000 units, out of which 75 per cent of the vehicles imported were pre-owned while 25 per cent were new vehicles or fully built units.
“The Nigerian market and growing population of the middle class has proven to be the focal attraction for investors with enormous opportunities inherent within the automotive sector,” he said.