- January 23, 2020
It is alleged that first he stole their hearts on social media - and then emptied their purses as well.
Stellenbosch police appealed for help on Thursday from women who may have been befriended, and then defrauded by, a man identified as Rudi Brits. Timeslive
Brits, according to a statement by police, has allegedly embarked on a crime spree dating from 2010 until his arrest in November 2019.
His escapades allegedly included befriending wealthy women on social media, starting romantic relationships, borrowing large sums of money and then disappearing.
“It is alleged that Rudi Brits befriended wealthy women on a social media platforms which led to romantic relationships. After moving in with the victims, he would borrow substantial amounts of money from them and disappear with the money and expensive household goods,” police said.
He was arrested by the flying squad in the Eastern Cape in November 2019. There are 20 cases stacked up against him.
In a statement the police asked for more victims to step forward: "Victims of Rudi Brits who have not laid a complaint at SAPS yet are requested to contact Col Deon Beneke on 021-8095109 or 0828509742 for assistance.” 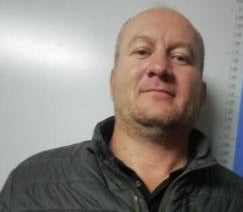 Brits is in custody and will make his next court appearance in the Stellenbosch magistrate’s court on February 6 for a bail application.