- January 21, 2020
Chinese travel booking platforms from Trip.com to Alibaba Group's Fliggy said on Tuesday (Jan 21) they would offer free cancellations on bookings made for Wuhan amid mounting fears over a viral outbreak in the central Chinese city.
The companies, which also include Meituan Dianping and Qunar.com, said in separate but similar statements that the policy would be extended to users who had been put under quarantined or diagnosed with the new coronavirus.
As of Tuesday, nearly 300 people had been diagnosed globally , with all but a handful in China, and most of them in Wuhan, a city of 11 million people. This has sent jitters among travellers as hundreds of millions of Chinese are prepare to travel for the Chinese New Year holiday this week.
The holiday is traditionally a high season for tourism and retail industries in China and overseas, but confirmation from health authorities that the virus spreads through human contact and calls for heightened vigilance is prompting concerns that many will opt to stay home during the week-long holiday. 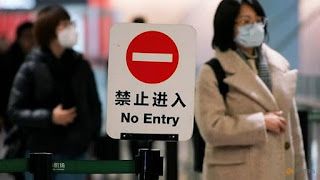 The travel booking platforms said that Chinese civil aviation and railway authorities had still to set a special cancellation policy, but that they would try to meet the needs of customers wanting to cancel their trips.
Some travellers told Reuters that they were not taking any chances.
Zhang Xinyuan had been bound for the Thai resort island of Phuket before she and her husband decided to cancel their air tickets on Monday.
"Three of our friends cancelled their trips too. We'll stay at home during the holiday. I'm scared as I remember SARS very well," she said, referring to the 2002/2003 spread of Severe Acute Respiratory Syndrome (SARS), another coronavirus which broke out in China and killed nearly 800 people globally.
Another would-be traveller who works in the northern city of Shijiazhuang and only wanted to be known by her surname Zhao, told Reuters that she cancelled her holiday plans in the southern province of Guangdong at a cost of 400 yuan (US$57.90).
"The high-speed train from Shijiazhuang to Guangzhou has to change at Wuhan, and need to wait in Wuhan for 42 minutes. I can’t take the risk," she said. Afp.
Shares in hotel operators, leisure and entertainment companies, airliners and restaurant operators have plunged in recent days on concerns that these jitters will spread more widely. Analysts say they expect drugmakers, online shopping platforms and delivery firms to benefit should more people stay at home.
At least nine Chinese airlines have issued policies allowing travellers that had been quarantined or diagnosed with the virus to reschedule or cancel their flights for free, the Beijing Daily reported.