- February 02, 2020
Two people have been killed and one injured, after gunfire broke out at a funeral in Riviera Beach, Florida. Police say one of the dead is a teenage boy.
The incident took place on Saturday afternoon at the Original Tabernacle of Prayer, a predominantly black church in the city. Police say that a 15-year-old boy and an adult man died at the scene, while another adult female and juvenile victim were brought to nearby hospitals for treatment. 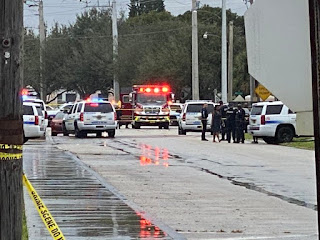