- February 03, 2020
“The attackers, heavily armed and on motorbikes, literally executed the local inhabitants,” the security source told AFP. The attackers left nearly 20 dead, the source added.
A local health official, speaking from the town of Dori in the north, said the chief nurse at the nearby village of Lamdamol was among the victims.
“There is panic in the village and the surrounding area,” the official added, saying local people were fleeing the area towards the centre-north of the country.
Another security source said that the attack had come as a reprisal after jihadists had told local people to leave the area a few days earlier.
The security forces worked day and night to make the zone safe, “but it is difficult to be everywhere at once”, said the source.
This latest attack comes a week after several similar attacks in the north of the country. 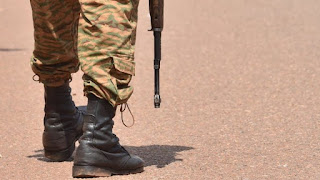