BAFTA and RACISM : ‘I’m ashamed to say that I’m part of the problem,’ says Joker star

- February 03, 2020
Joaquin Phoenix used his acceptance speech at this year’s Baftas to highlight the damning lack of diversity during this year’s awards season.
While he stated he was grateful for the Best Actor award, the Joker star added: “I also feel conflicted – we send a very clear message to people of colour that ‘you’re not welcome here.”
The trend “#BaftasSoWhite” which dominated Twitter after the announcement of this year’s nominations last month due to a severe lack of diversity and representation across the acting categories.
“I don’t think anybody wants a handout or preferential treatment,” he continued. “People just want to be acknowledged and appreciated and respected for their work.
“I’m ashamed to say that I’m part of the problem, because I’ve not ensured that the sets I’ve worked on are inclusive.”
“We really have to do the hard work to truly understand systemic racism. I think that it is the obligation of the people who have created and perpetuated and benefited from a system of oppression to dismantle it… so that’s on us.”
The actor received a huge round of applause from the crowd in response to his speech.
Earlier in the evening, Brad Pitt – who won Best Supporting Actress or Once Upon a Time in Hollywood – delivered an acceptance speech, via Margot Robbie, that poked fun at Brexit and Prince Harry . 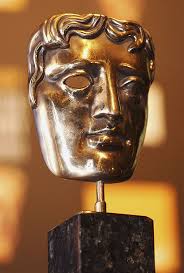