- February 01, 2020
Garba Shehu, Presidential spokesperson, has called Anthony Okolie's lawyer, Mr Tope Akinyode, stating that Hanan Buahri was prepared to accept court processes earlier refused at the Aso Villa by Presidency officials.
The phone call to Okolie's lawyer came amidst media backlash on the Presidency and President Buhari's family for showing disdain for legal processes.
Garba Sheu said, "She now has a lawyer and is ready to collect the court process and sign undertaking to collect it.
"I'll forward your number to her lawyer." 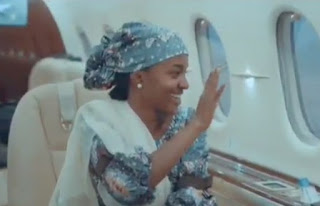