- February 02, 2020
Kaduna kidnappers are getting deadlier and more ruthless as the corpses of two of their victims were found on Saturday: a seminarian, 18 year-old Michael Nnadi and the beautiful wife of a Kaduna-based medical doctor Philip Ataga.
The bodies of Mrs Ataga and Nnadi were found dumped by the roadside, meaning they were kidnapped by the same ruthless gang, at different times and different places.
While Nnadi was kidnapped in the night of 8 January in his seminary, Mrs Ataga and her two children were kidnapped on 24 January by armed men from the family’s residence at Juji, in Chikun LGA of Kaduna state.
Her captors were said to have killed her after her family failed to meet their demand of a N150 million ransom for the deceased and two of her children who were also abducted 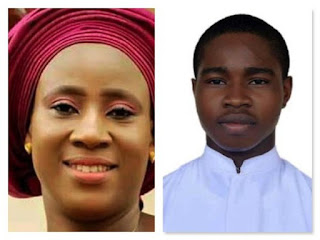