- February 03, 2020
The Nigerian Government has finally admitted being aware of the social media bill despite denials by Minister of information, Lai Mohammed.
The minister during an interview in the United Kingdom had denied the existence of the 'protection from Internet Falsehood and Manipulation bill 2019', stating that he was sure nothing of such was pending before the National Assembly.
However, in a court process, President Muhammadu Buhari and the Nigerian Government have both filed an application to justify the need to regulate the social media.
Human rights lawyer and National President of Revolutionary Lawyer's Forum, Mr Tope Akinyode, had in suit number: FHC/LC/CS/2037/2019 dragged Buhari, Nigerian Government, National Assembly and Senate President before the Federal High Court, Ikoyi, Lagos, challenging the social media bill, stating that its enactment was going to violate citizens' right to free speech.
Responding to Akinyode's application, President Buhari and the Nigerian Government had argued that the objectives of the bill was to prevent transmission of false statements and suppress financing false information among others.
The office of the Attorney-General is putting up the defence for the President and government.
The suit is yet to be given a date for hearing but Akinyode is hopeful the court matter will be assigned a date. Saharareporters 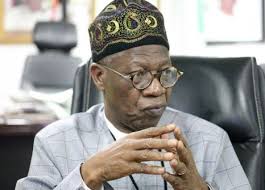 He said, "It is the constitutional duty of the court to hear and determine the application.
"Definitely parties will be allowed to argue their case.
"The bill is repressive and difficult to maintain without a brutal violation of the citizen's right to free speech."