- February 03, 2020
The Organization of Islamic Cooperation (OIC), which consists of more than 50 Muslim-majority countries, has asked member states not to cooperate in any way with US President Donald Trump’s peace plan for Israel and Palestine.
During a special session in Jeddah, Saudi Arabia on Monday, the OIC’s executive committee called on all member states “not to engage with [Trump’s] plan or to cooperate with the US administration in implementing it in any form.” The body also asked members to refrain from any actions that “do not adhere to the inalienable rights of Palestinians.”
OIC Secretary General Yousef Al-Othaimeen said that the organization will support any international peace effort that is in accordance with international law.
Touted as the ‘deal of the century’ by the Trump administration, the plan describes the establishment of an independent Palestinian state with its capital set up in the outskirts of East Jerusalem, currently controlled by Israel. 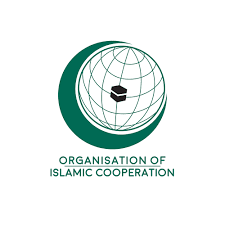