"This country is headed towards the greatest cover-up since Watergate," - Top Democrat on Trump's expected acquittal

- February 01, 2020
US President Donald Trump's expected acquittal in his impeachment trial will be a hollow victory if the trial does not call any witnesses, top Senate Democrat Chuck Schumer said Friday.
"This country is headed towards the greatest cover-up since Watergate," Schumer said ahead of what could be the final day of the historic hearings.
"If my Republican colleagues refuse to consider witnesses and documents in this trial, the president's acquittal will be meaningless. Because it will be the result of a sham trial."
Schumer appeared resigned to Trump being acquitted by the Republican-controlled Senate on charges of abuse of power and obstruction of Congress, after Democrats looked set to fail to convince enough Republicans to side with them on calling witnesses. 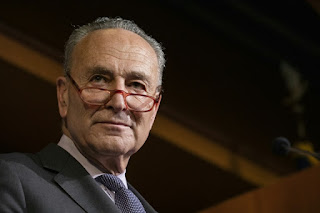