- March 18, 2020
Quinn takes the helm as the London-headquartered bank faces a challenging outlook, with the impact of the coronavirus pandemic adding to its longstanding underperformance in the United States as well as struggles in investment bank.
The bank makes 90% of its profits in Asia, and the sharp economic downturn in its main markets of Hong Kong and China are also expected to dent its revenues and asset quality in the near to medium term.
Quinn, who joined HSBC in 1987, took interim charge of HSBC last August after the shock ousting of John Flint and has been auditioning for the permanent job since, despite media reports that chairman Mark Tucker preferred an external candidate.
Unicredit boss Jean Pierre Mustier and incoming UBS Group (UBSG.S) Ralph Hamers were among those reported to have caught Tucker’s eye.
“Noel has proven to be the outstanding candidate to take on a role permanently that he has performed impressively on an interim basis since August 2019,” Tucker said in a statement on Tuesday.
Hong Kong-listed shares of HSBC (0005.HK) rose as much as 2.7% in morning trade, while the broader market .HIS was trading slightly lower.
Quinn’s appointment ends speculation over who will run HSBC as it heads into what could prove the biggest economic shock in recent times as the coronavirus outbreak brings global travel and consumer spending in many countries to a grinding stop.
Tucker defied market expectations that the bank would name Quinn or an outsider to the role when it presented its full year results and new strategy in February, leaving the interim CEO in limbo and in charge of a plan he might not be around to execute.
The bank is shrinking its investment bank, cutting 35,000 jobs and revamping its U.S. and European businesses, to cut $4.5 billion in costs, as part of the latest strategic overhaul.
Ian Gordon, analyst at Investec, said he welcomed the appointment which would provide the bank “much needed strategic clarity”.
“I would have welcomed it with greater enthusiasm had it been announced alongside the strategic plan a month ago,” he told Reuters.
Quinn will earn a base salary of 1.27 million pounds ($1.54 million) per annum, the bank said. 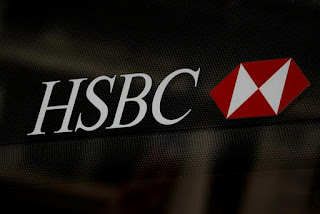