- March 22, 2020
Boris Johnson today tells the nation’s sons and daughters to keep away from mum this Mother’s Day.
The Prime Minister has called off the traditional event which allows mums to put their feet up while their children prepare lunch.
In an open letter to the nation Mr Johnson says: “This Mothering Sunday the single best present that we can give – we who owe our mothers so much – is to spare them the risk of catching a very dangerous disease.
“That means staying away.”
Usually PMs have an army of speech writers to draft such messages for them.
But No10 insiders said that Mr Johnson, a former journalist, insisted on writing every word himself yesterday.
The PM said: “Mother’s Day is a day when we celebrate the sacrifice and the effort of those who gave us life, and across the country I know that millions of people will have been preparing to do something special.
“Not just a card, not just flowers. I know that everyone’s strongest instinct is to go and see their mothers in person, to have a meal together, to show them how much you love them.”
Mr Johnson urges everyone to make contact by phone, video
call or Skype.
And he added: “Because if your mother is elderly or vulnerable, then I am afraid all the statistics show that she is much more likely to die from coronavirus.
“We cannot disguise or sugarcoat the threat.” Mr Johnson’s own mother, the artist Charlotte Johnson Wahl, is 77, and was divorced from his father Stanley in 1979.
The PM would not say how he intends to mark Mothering Sunday. 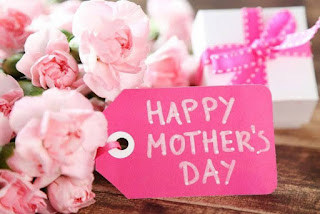