- March 23, 2020
The Governor of Bauchi State, Bala Mohammed, has commenced self-isolation based on his suspicion he may be infected with COVID-19.
Mr Mohammed said he boarded the same flight and shook hands with Muhammed Abubakar, the son of Nigeria’s former vice president, who has tested positive to COVID-19.
A statement by Mukhtar Gidado, Mr Mohammed’s spokesperson, said Messrs Mohammed and Abubakar boarded the same international flight, Aero Contractor, that arrived in Nigeria via Lagos.
He said the two of them “shook hands and exchange pleasantries.”
“So far the governor did not exhibit any symptom of the disease, but based on the recommendation of the NCDC he will remain in isolation in order to avoid the risk of spreading the disease,” Mr Gidado said.
“Currently, the blood sample of the governor has been taken and is undergoing clinical. For the period of the clinical test, the governor and his entourage will remain in isolation pending the outcome of the clinical results.”
He said Mr. Mohammed has canceled all his official engagements and regrets any inconveniences his isolation may cause the state.
Nigeria has currently confirmed 36 cases of COVID-19. One of the patients died on Monday, according to officials. 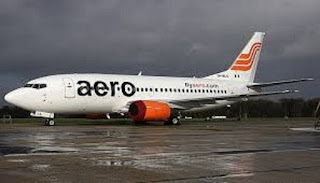