- March 19, 2020
Prince Albert of Monaco has tested positive for the new coronavirus, according to the Associated Press, which cited the palace. The 62-year-old is the son of Prince Rainier III and the former American actress Grace Kelly. He is married to Charlene, Princess of Monaco. In a statement, the palace of Monaco says Albert is being treated by doctors from the Princess Grace Hospital, named after his mother. Albert plans to continue working from his home office in the palace 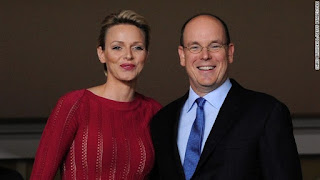