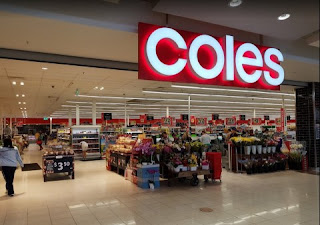 A 13-year-old girl was pushed to the ground and crushed by panic-buyers at a supermarket in Australia.
The incident occurred at Coles in Baldivis, Perth, on Wednesday which left the girl injured and needing an X-ray.
Emma Zache, who is wheelchair-bound after a recent operation, arrived at the store with her children Hayley, 13, and Tyler, 9, shortly before it opened.
But as shoppers charged towards the toilet paper which was located towards the front of the store, her daughter was knocked to the floor in the rush.
‘During the rush in the doors my daughter and I got separated,’ Zache told The West Australian .
‘Once I was able to get into Coles I found my daughter to the side crying.
‘She was pushed to the ground and then stood on by adults who had no care in the world for a child on the floor.
‘People were walking over her while she was crying on the ground just to get what they wanted.
‘I am shocked at how people were acting this morning even before the doors opened. People pushing, people telling people to get back in line.’
The daughter subsequently had an X-ray to check the damage on her swollen knee.