- May 21, 2020
New details are emerging in the horrific murder of a 45-year-old Massachusetts mother of three allegedly at the hands of her once-prominent surgeon husband.
He allegedly told police that on Thursday night, he and McLean began arguing after a night of drinking and that she hit him over the head with what he thinks was a glass, the police report says.
“Harry stated that he reacted to that aggressive situation and choked Katie,” the report says, the
Boston Herald reports.
“Harry explained that Katie was fighting at first and he continued to choke her,” it says. “Harry stated that Katie then passed out and he realized he went too far.”
When Tuerk realized his wife was dead, he “panicked,” the report says.
He allegedly told police he put her body in her vehicle and drove to a nearby pond where he dumped her corpse, the report says.
At 4:30 a.m. Friday, Tuerk allegedly texted a mutual friend of his and McLean’s and wrote, “I am sorry brother but she is a vindictive devil, she played us all, I am really sorry brother, but she manipulated us all love you Harry.”
McLean's body was found in the pond Saturday night without a shirt and with rocks in her pants, the report says.
Tuerk was arrested Sunday morning and charged with McLean’s murder, the Norfolk District Attorney’s Office says in a release.
On Monday, Tuerk appeared in Dedham District Court for his arraignment, where he pleaded not guilty, according to the Norfolk District Attorney’s Office.
McLean had accused him of abusing her in the past, court papers show, the Boston Globe reports. 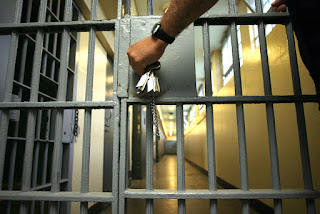