Kendall Jenner agrees to cough up $90,000 ... Over Fyre Festival Promo

- May 21, 2020
Kendall Jenner 's finally putting the Fyre Festival fiasco behind her ... she's agreed to fork over some of the money she was paid to promote the colossally disastrous event.
Jenner's agreed to pay $90k to the trustee in the Fyre Festival bankruptcy case after the trustee sued to recoup the dough for the festival's creditors who got screwed.
In the lawsuit, the trustee claimed Kendall was paid $275k to promote Fyre on her Instagram account. The trustee claimed that money constituted a fraudulent transfer because she was paid to promote a festival the organizers could never pull off.
As we reported ... festival organizer, and now convicted felon, Billy McFarland hired a gang of models to hype up the 2017 event in the Bahamas. Bella Hadid, Hailey Bieber and Emily Ratajkowski were among the other models he hired.
As you very well know by now ... the festival was an epic failure almost from the get-go. Tons of folks who desperately wanted to be seen at Fyre plunked down between $1,200 and $100,000 ... only to be forced to sleep in tents, or out on the beach, instead of the luxurious amenities McFarland bragged about. And, of course, let's not forget ... the food sucked too !!!
The judge has yet to sign off on the terms of Kendall's settlement. 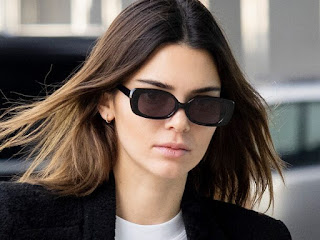